If you think that you make smart, rational decisions most of the time, then you would be making a smart decision by thinking again.

Although as humans we tend to have a bias for believing that we are strong-willed creatures that aren’t influenced by strong outside forces, this usually isn’t the case.

And it isn’t just outside forces that can influence our decisions, such as the pressure from society or FOMO, it can also be own biases in our own heads. For whatever reason, we seem to make poor decisions and manage to mask them as good decisions quite often.

We are the best people at convincing ourselves of something.

How crazy is that?

The Sunk Cost Fallacy is just one example of this. We’ll get into that in a sec.

First, we need to look at what sunk costs actually are. The term stems from economics which explains that sunk costs are the costs of doing something / investing in something that we can’t get back. Hence the term, ‘sunk’. Like a ship.

For example, if in our hypothetical business we decided to invest a million pounds in some new machinery or in a new factory, that would be a sunk cost.

The purchase has been made. It’s a done deal. There is no getting the money back from that specific transaction.

A section from Seth’s blog sums this economic standpoint up quite nicely:

If your team has been working for a year on a new project, and two weeks before your (expensive) launch, someone comes out with a competitive product that’s better and cheaper, it means that it will cost you millions of dollars to fight your way to decent market share. Should you launch?

What if your team had only been working on it for a week?

Past expenses have nothing to do with future economic decisions.

Past profits have nothing to do with future decisions either.

That’s not easy to embrace, but it’s true.

Unfortunately, this whole idea of sunk costs doesn’t seem to sit well with us.

It decided to sneak its way from the field of economics into every other part of our lives, including our psychology and decision making, without us ever really knowing.

The Sunk Cost Fallacy is this: becoming more attached to a decision or purchase or investment of some variety as we invest even more into it.

We forget that it is bad for us. Or we manage to convince ourselves that it isn’t so bad when deep down we know it is.

We have experienced the sunk cost, we have put in the time or money, now we really want the thing to work as we had hoped and expected, even when it doesn’t. Here are a few examples of the Sunk Cost Fallacy in everyday life: 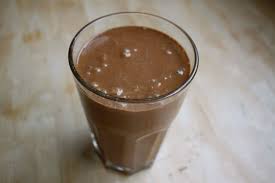 The sunk cost is £7. It’s gone. Whether you thought it was the best milkshake in the world or the worst one, you have still paid your money to get it.

Whether you decide to move on and accept that you made a mistake ordering it or force it down you because you paid good money for it, your money has already gone. You can either go easy on your stomach and tastebuds and call it quits or punish yourself even further for making the stupid decision of paying £7 for a milkshake. For some reason, we tend to opt for the latter.

‘I paid for a batch of 10 Spanish classes but the teacher is awful and now I have lost my Thursday nights. I’m only on session 3 but I may as well go to the rest since I’ve paid for them.’

NO! WHAT ARE YOU DOING?!

This is a classic sunk cost fallacy and one that I have fallen into many times, particularly when paying for some variety of online course.

Spend your freed up Thursday nights learning Spanish on Youtube or with a native speaker over Skype.  If the class is terrible, I’m sorry to break it to you but the money you spent on the course is gone. But you still own the time and own your next decisions.

Don’t fall into the trap of wasting your money AND your time because of sunk cost fallacy. It just doesn’t make sense.

This is another classic example. Parting with money is one variety of the sunk cost fallacy, but another is the investment of time. For me, this one always seems to be a more difficult one to accept.

The fact is though, and I am sure you have heard it countless times, there are so many great books and podcasts out there now that it just doesn’t make sense anymore to be trying to finish a book or podcast for the sake of it.

I decided to put down Robert Greene’s ’48 Laws of Power’ early. I know that many consider it to be one of the best of all time which is why I picked it up in the first place. I got some decent takeaways from the first 15 or so laws that I did read but to be honest, I just wasn’t enjoying it and it became more of a chore than a pleasure for me. It was difficult, but I put it aside and moved on to another great book which I thoroughly enjoyed.

The sunk cost fallacy can be powerful in these situations, it is important to realise when it is wrestling with you.

What to do about the Sunk Cost Fallacy

First of all, you can realise that you definitely aren’t alone. As you have seen here, I still struggle with it massively. And it isn’t just average old me in average old life situations who battles with it either. Sunk cost fallacy persists even in areas where rational decision-making should be prioritised and the stakes are so high, such as during war.

You might know it as the ‘our boys didn’t die for nothing’ syndrome. Sending another 20,000 troops into a lost cause usually isn’t the right response to having already lost 80,000 to what was once a promising cause. This is certainly one of the darker sides of the sunk cost fallacy. The more we invest, the more difficult it is to break away.

The best step that you can take to combat it in your own life is to simply be aware of it. Awareness is what gives you the power to make your own decision.

Sure, you may decide to finish that expensive meal you paid for that wasn’t that nice, or read another chapter of the book that you are starting to force. That’s fine. As long as you’re like ‘hey, this might be a sunk cost fallacy situation, am I persisting with this for no reason or am I going to cut my costs?’

Don’t cling to a mistake just because you spent a lot of time making it.