How To Navigate Your Internal Narrative10 min read

‘Homunculus’ is a term that translates as ‘little man’. Not in the sense of someone who is vertically challenged, but in reference to the little man (or woman) who lives inside your head. More accurately, the person who appears to live inside your head and constructs your internal narrative.

Yes, I am talking about that ‘person’ who is reading this sentence right now. The person who makes all of the big decisions in your life. The person who tries to explain why you just said what you did or who worries for long periods in the shower about that time you called your teacher ‘mum’ 10 years ago.

The ‘homunculus’ is a fictional character that is used as a placeholder for our internal narrative – the stories we tell ourselves about what we’ve done, what we’re doing and what we’re going to do. Our narrative doesn’t just cover ourselves, it covers others too. We have a narrative about how our best friend sees the world and behaves. We have a narrative about celebrities, political figures and our grandparents. About how they see the world and what their narrative looks like. We are ruled by stories and it shapes how we see the world around us.

Although we use our internal narrative all of the time, often without even realising, it isn’t as important as we might think. The ‘little man’ inside of our heads is something that we create ourselves, independent of the world and the realities that we encounter. The reason we have an internal narrative is quite simple: to help us navigate our lives a bit better. The realities of space-time, economic systems and fantasy football are far too complicated to be understood by one person and often even a large group of people. Therefore, we spin simplified narratives for our homunculus to understand so that we can continue to go about our daily lives.

The issue with narratives is that we don’t just have them for the big questions, we use them all of the time, even in the relatively insignificant parts of life. Seth Godin tells the story of a woman at a meditation retreat who is sat next to one particularly disruptive individual. The woman is trying her hardest to meditate but is frequently distracted by the person sitting next to her, who is constantly making clicking sounds. For the first half of the retreat, she gets no meditation done, constantly agitated by the rude individual. At the meditation interval, she goes to confront him about his annoying clicking and how it is completely robbing her of a wonderful experience. As she was about to talk to him, she heard the clicking again. She realised that it was not, in fact, him making the clicking sound but the radiator that he was sat in front of.

The sound didn’t change from that moment. The clicking noise persisted for the rest of the retreat. But suddenly, she was at ease. It was the radiator making the clicking, not a rude person. The only thing that changed was her internal narrative; from ‘there is a rude person who is deliberately trying to disrupt me’ to simply the background noise of a radiator.

This is an example of how powerful our narratives can be and how they so often distort reality.

The science of internal narratives 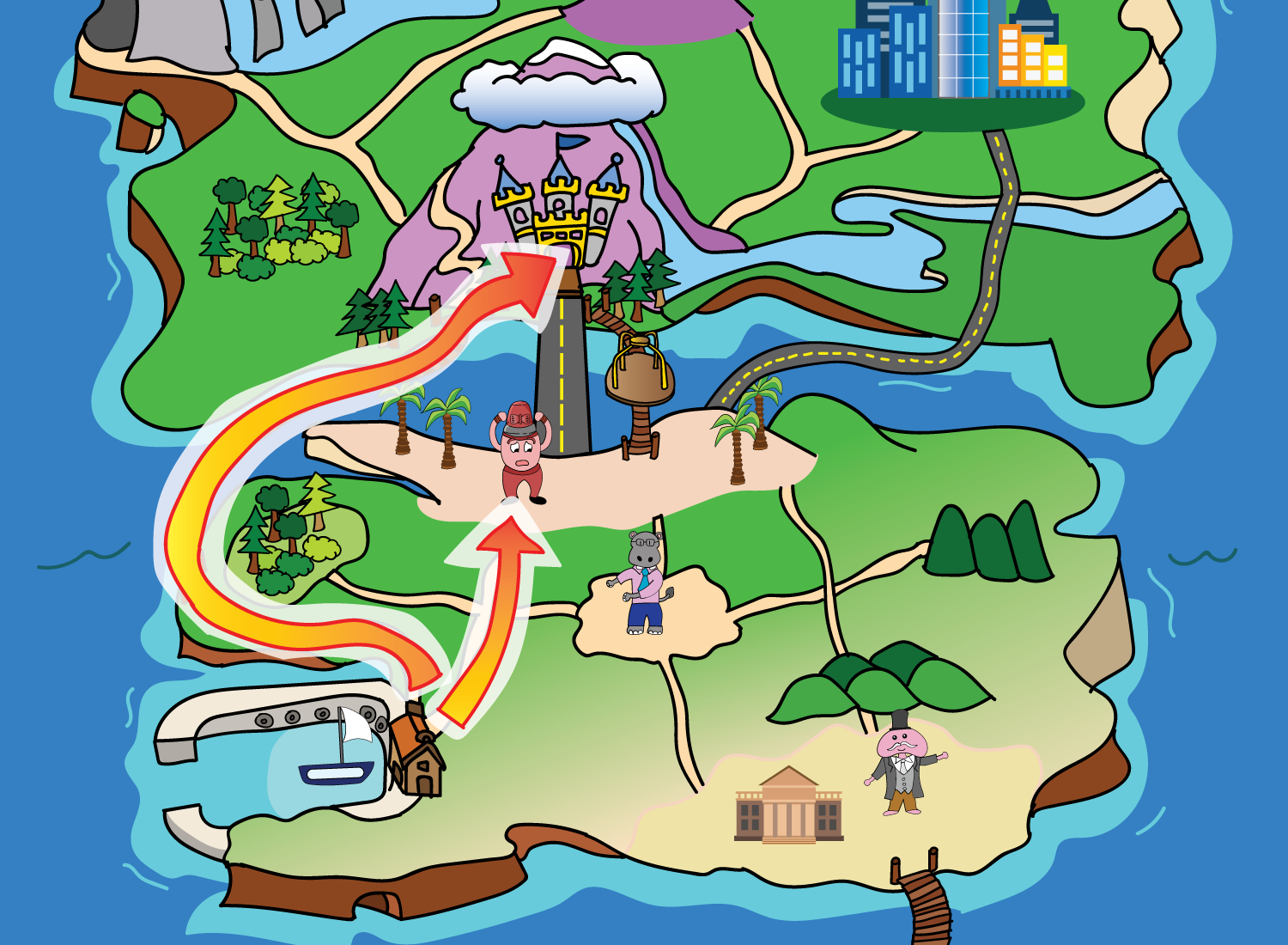 All of these stories about internal narratives and little people living inside of our heads might be interesting but on their own, they don’t stand for much. Thankfully, this topic has also been tackled by scientific minds and by people much more knowledgeable on the subject than I am.

In MoreToThat’s fantastic blog post ‘How to Calm the Anxious Brain‘, the physiological process of our stress response is explained and it relates quite closely to our internal narrative. When we receive a stimulus either via physical or emotional triggers, the thalamus sends two signals: one to the amygdala and one to the pre-frontal cortex.

Think of the thalamus as the post-office of sensory information in your head, a signal-sender to the parts of your brain that respond to signals. Your amygdala is home to some of your more primitive features like fear and anxiety and is responsible for any fight-or-flight response. Your pre-frontal cortex is where your rational decisions are made and your sense of reality is understood. Much of your pre-frontal cortex shuts off while you sleep which is why your dreams, no matter how absurd, often feel very real.

What does this mean for our homunculus? Well, he feels fear or ecstasy or pain or anxiety before he even has a chance to rationally understand what’s going on. In other words, your homunculus feels the emotion first, then tries to rationalise it later. Because this homunculus feels like us, it is something that we also experience.

How many times have you felt anxious in a situation and then gotten flustered trying to understand what is making you so anxious, perhaps saying ‘oh, it must be this making me anxious again’ when you don’t have any evidence to back it up?

You have your short connection to your amygdala and longer connection to your pre-frontal cortex to thank for that. We often feel random emotions and then form a narrative around why we are feeling them because of the order in which we receive the signals in different parts of our brain. A story is created that quite often isn’t true, but makes our lives seemingly simpler.

Because I am on a bit of a science role here, I’m going to throw another experiment at you to try and further disentangle these pesky narratives and perceived intentions from actual reality. 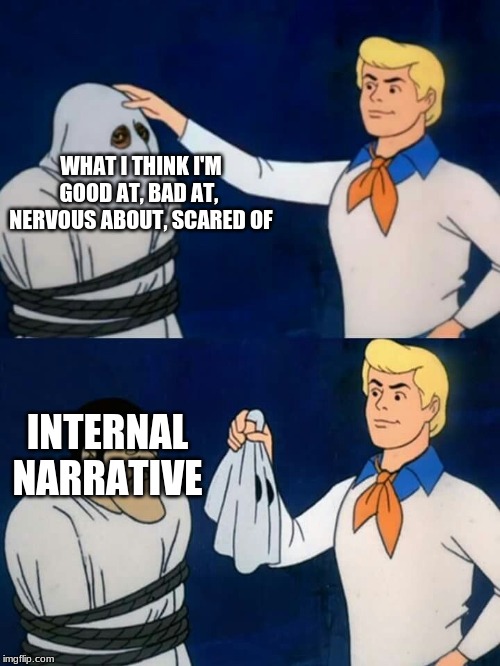 In his epic Youtube series ‘Mind Field‘, Vsauce a.k.a. Michael Stevens tests whether or not we are really in control of our actions to the extent that we think we are. To discover whether or not we really have an all-powerful homunculus sat in the control centre of our mind, commanding us on what we should and shouldn’t do. The experiment goes a little something like this:

The subject is wired up with a science cap that tracks the subject’s brain activity. The subject is asked to push a button on the device that is in front of them. However, they can only push the button when there is no light on. If the button lights up, they are not allowed to press it. They think that their reactions are being tested, but there is something else going on here…

Everything goes smoothly at first, with the light coming on at random intervals and the subject being able to press it without issue. However, the experiment gets interesting when the testers start to use a device which tracks brain activity. The device is able to detect when the subject intends to reach for the button and subsequently, light up the button before they get to press it. It’s hilarious and mesmerising to watch the subject continually reach for the button, only for it to light up just before they get there, not allowing them to push it.

So what is actually going on here? A screenshot from the video shows this fascinating graph:

So what does this mean for our internal narrative and homunculus story? Well, this experiment seems to tell us that our actions may be determined before we even ‘decide’ what we are going to do. It would seem, at least in this case, that the decision to push the button happens in the subconscious mind and we are only made aware of it a little later, in the conscious mind.

In other words, the internal narrative only comes online after the fact. The homunculus is sat right on the line where the subconscious and conscious meet. It doesn’t even realise that the subconscious has already decided to press the button. The little man takes the reins halfway through and thinks that he is the one who started the action. 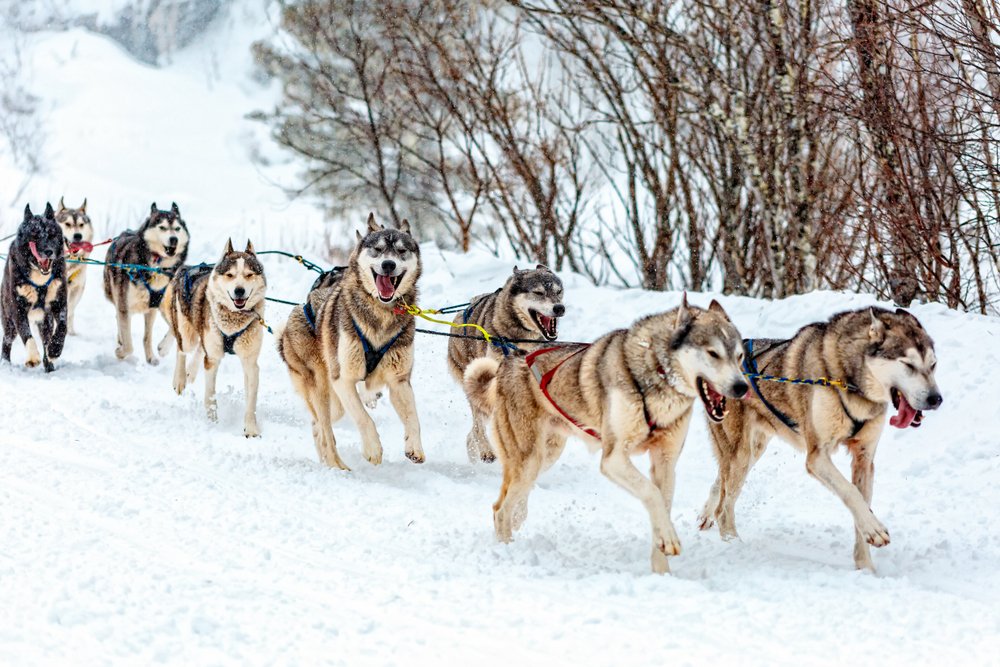 It’s been quite a journey to get to this stage. From introducing the internal narrative that we live with each day to clicking radiators, to short and long neural connections to fascinating box experiments, I feel that we have been on a rollercoaster of untangling some webs of the mind.

Hopefully, we have come to realise that although our internal narratives tend to dictate large portions of our lives, they are little more than unreliable ways to navigate the world we live in. We act like commentators in sports, relaying to ourselves what just happened and what they mean after they have already happened. Rightly or wrongly.

Hopefully, we have come to realise that the homunculus, the little person inside of our heads, is little more than a person being pulled by a set of wild dogs. The little man barks commands at the dogs, pretending that he is in charge of the sled and where it is going. At the end of the day though, the wild dogs are going to run in whatever direction that they want to go and the homunculus a.k.a. us are just being pulled along for the ride.

With the internal narrative being such a powerful driving force of our lives, it can be difficult to decouple and discern between our narratives and reality. One of the best ways that I and many others have found is to regularly practice mindfulness. When you can see emotions and thoughts arise without feeling the compulsion to attach any meaning or narrative to them, that can be a powerful thing.