Compassion For Others: From Cashiers to Serial Killers8 min read

Much of the self-development world focuses on just that: the self. We often seek self-help tips for building self-confidence, self-awareness and self-compassion. These, of course, are all key cornerstones of living a life of equanimity but they certainly aren’t enough on their own. The ability to build all of these skills, especially compassion for others, is the key to truly unlocking the best human that lies within you.

Compassion is the process of freeing yourself from all anger, frustration, disdain and even sometimes hatred for your fellow human. Whether it be on a daily, not-too-serious level of someone cutting you off in traffic to more difficult, rarer and deeper levels of compassion that may be required for the worst of the worst people. Unconditional love has been talked about here before but compassion is more of an apt term for the strangers that you will encounter throughout life.

This post will take you on a journey up the rungs of the ladder of compassion. With each rung, compassion for others will become increasingly challenging. The majority of this article is based on a brief section of a talk between Peter Attia and Sam Harris. Some of the topics that I am going to cover may be considered controversial in some sense, including developing compassion for truly evil people like serial killers. Stick with me though, and see what you make of it by the end…

Compassion for others on a daily basis

Perhaps the most common (and therefore most practical and applicable) form of compassion that can be practised is compassion for others that you encounter on a daily basis.

Take the case of a particularly rude customer service worker. In our own worlds of worry and frequently feeling like the stars of our own show, it can be easy to forget that you and the worker are two different people who have had two different days. Maybe you have just popped down to the store from work or from home. The worker might have been there since 6am, dealing with disgruntled customer after disgruntled customer for hours on end. Then you show up, customer 65 of the day, and you remark on how the worker isn’t as cheerful as you would hope for them to be. There is no comparison to be made here.

Maybe the worker could have dealt with you better, but every experience we have is only through our lens. Sometimes it’s refreshing to remind ourselves that we aren’t at the centre of everyone else’s story too.

Another common instance would be the classic being cut-off in traffic by an asshole driver. This would be the default mode for most people, and they may even spend a good portion of the rest of their day thinking about the driver. If you can practice cultivating compassion though, you don’t have to be one of those people who carry their frustration at a stranger around like a burden all day long.

You can recognise that you know absolutely nothing about the other driver and their life. You don’t know if they’re in a rush and if so, what for. They might even be an 80-year old woman who isn’t confident on the road and is just trying to get to see their grandkids once a week.

In both instances of the worker and the bad driver, compassion is a choice. It can be neglected, and lead you down a path of frustration and mental torment, or it can lead you to a path of giving the benefit of the doubt and moving on with your life. The point isn’t trying to be right about the situation, it’s giving the benefit of the doubt so that you can live in peace.

We were all 4-year olds once 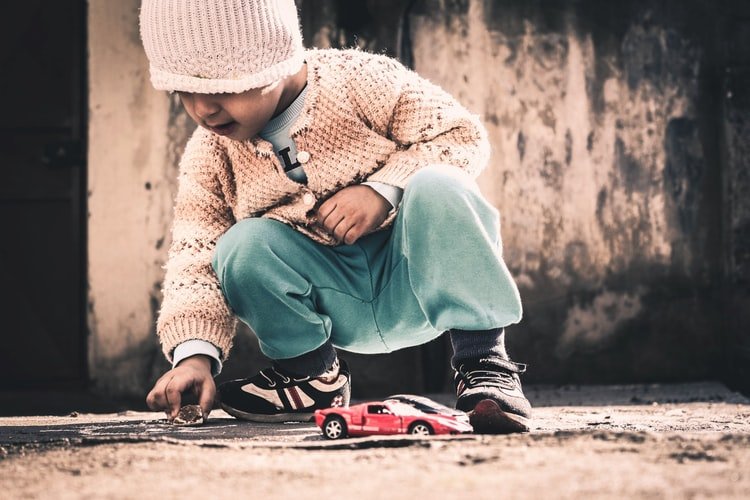 It’s easy to forget it, but we were all 4-year olds once.

Some of us weren’t as cute as others, some of us were exceptionally cute (like me) but we were all small and innocent at one point in our past. Everyone was once a child, condemned to be the person that they are through an infinitely complex combo of genes, culture, DNA, parents, immediate environment, experiences and so on.

Everyone is prone to suffering in their own way and even the evilest people in the world were once 12-years old, 6-years old and 4-years old. Yes, Osama Bin Laden was probably a little shit at all of those ages, but he was also probably raised by a family of little shits too, destined to become the evil man that he eventually was.

This is a key point to understand and remember, especially as we move from the lower rungs of daily compassion to the higher rungs – where compassion for others gets increasingly difficult to practice.

In the interview, Peter talks about a time he visited a maximum-security prison in California which really placed much of his compassion, empathy and moral compass into perspective. He mentions about seventy-per cent of the men there were serving life sentences for quite obviously, some pretty horrific things.

When he arrived at the prison, he took part in an experiment that he calls ‘Step to the line if…‘ A number of civilian volunteers would be stood on one side facing the prisoners, whereas the selection of prisoners would be facing back at the volunteers. They would all begin behind the line and would only move in front of the line if the statement applied to them.

Peter talks about a number of the statements that had a profound effect on him. From the interview:

Step to the line if…Someone close to you died a violent death before you were 10. You know, these sorts of things.

Step to the line if…you grew up in a home with more than five books. And those of us as volunteers, most of us stepped forward. Of the inmates, five stepped forward out of [about] 50.

Whilst these specific upbringings don’t necessarily excuse the bad behaviour in later life, it certainly makes you think about the hand that some people have to play with from an early age versus the significantly better hand that you and I likely have.

Rightfully, society puts a price on the devastating mistakes that criminals make to keep the rest of society safe, but you can realise pretty quickly the sheer randomness that allows you or me to be stood on this side of the prison wall and not the other. This luck isn’t something that we control but we can still learn compassion for those who don’t have it. When taking into account the powerful force of randomness, compassion for these types of people becomes a bit more accessible. 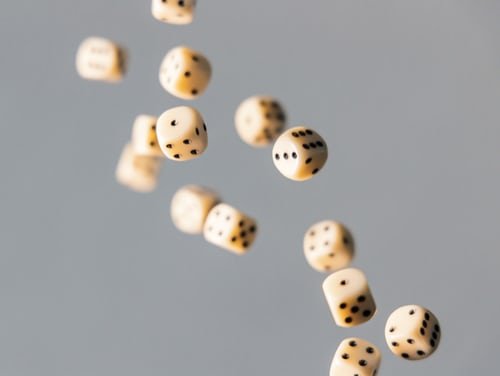 The idea of randomness coming out favourably for some and not others is often referred to as ‘moral luck’.

It doesn’t just refer to some people being born tall and others short, some having long, flowing locks and others going bald by sixteen, it also refers to actions that we take on a daily basis.

In the U.S., one person every fifty minutes or so is killed in an accident involving an alcohol-impaired driver. That is around twenty-nine crashes each day. However, there are perhaps thousands of people in the U.S. that drive home drunk each day but due to moral luck, receive no negative consequences for their irresponsible actions.

One that perhaps hits a little closer to home is texting while driving. You are six times more likely to cause an accident while texting than drinking alcohol, probably because so many people do it and we more-or-less tolerate it as a culture.

The same action, but consequences that are so different it is extremely difficult to fully comprehend. People deserve to be locked up for dangerous driving on their phone but many of us ride our moral luck on a frequent basis and get away with it. The luck between that not happening to you but to someone else can’t be understated.

Compassion for these unlucky people is necessary but for goodness sake, get off your damn phone.

Compassion for others has many different levels to it, from giving that cashier the benefit of the doubt to showing compassion to a person serving a life sentence for murder, it certainly isn’t easy.

As Sam and Peter highlight in their conversation: change enough of the variables and throw in another round of luck and all of a sudden, you are living a life crime with the less-favourable hand that you’ve been dealt or are being locked up for a crime that thousands get away with every day.

I guess the main messages that I want you to take from this are: